Katina loves the Lord Jesus Christ, her husband, her family & friends. She was born and raised in the Washington, D.C. Metropolitan area until she moved to Atlanta, Georgia in 1995. Before moving to Georgia, the Lord was using a few of her co-workers to sow seeds of Faith in her heart.  It was shortly after her move to Atlanta when the Lord begin to draw her near to Him. She longed for value and love in her life and the seeds of her co-workers started to grow and consumed her heart. She gave her life to Jesus Christ when an Atlanta co-worker led her in the prayer of salvation at the copier.  Jesus filled the longing in her heart.

In her pastime, she enjoys hanging out with Adam, shopping, polishing her nails and supporting organizations that fight against human trafficking.  Her favorite foods are Maryland blue crabs and Mexican. Katina considers it a privilege to serve people and to work in ministry where she met her husband and have been married for 16 years. She is passionately pursuing Jesus Christ and spreading His Word throughout her daily life.

Her husband Adam would say, he was born by the river, in a little tent (in his Sam Cooke voice).  Not exactly, but he was born in Mound Bayou, Mississippi (probably haven’t heard of it) as the last of 14 children.  Before you even ask, they were not all at home at the same time and they did not have to fight over food.  He’ll discuss more of his childhood later, but he moved away to join the U.S. Air Force at the young age of 18. He spent over 5 years in the military and got the opportunity to serve with some of the finest airmen and travel to some of the most amazing places during his career.

After the military, he moved to Atlanta, Georgia to attend DeVry University.  It was there that he saw someone his age who lived for Christ.  This person (who later became his roommate, best friend, and best man at his wedding) was instrumental in him putting his faith and trust in Jesus Christ for his salvation (the best decision he has ever made).

After he made the best decision of his life, he was then ready to make the second-best decision of his life.  He met and served in ministry with his wife Katina for several years before they began (what turned out to be a blessing) a wonderful Christian Courtship (you probably haven’t heard this term used in a while).  They were married in   April of 2003 in College Park, Georgia in front of their family and friends.

Adam enjoys spending quiet and not so quiet time with his wife Katina, hunting, shooting sports, archery, golf, playing cards, dominos, and reading.  He is called to spread the Good News of God’s Word through evangelism and the building of relationships.  He lives to encourage strong relationships to include marriages, family, and friendships.

Love Truth and Be Free Ministry is grateful for you allowing us to encourage you in your relationships and your lifestyle with Jesus at the center.

We are accepting invitations to teach our Christian Courtship course for your church or conference please fill-in your name, email and information below. 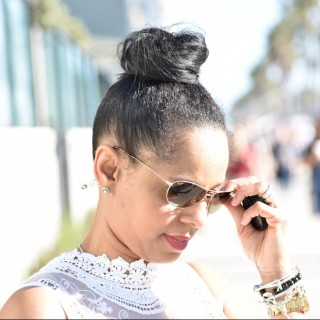